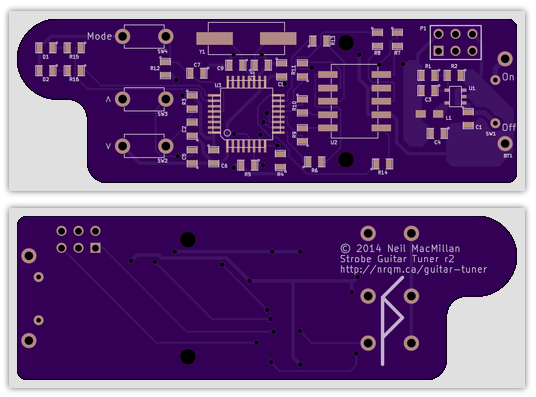 Circuit board rendered by OSH Park.

I’ve learned a bunch about making circuit boards at work recently, so I decided to re-do the ol’ strobe guitar tuner project from 3 or 4 years ago.  The original still works… sort of.  I have to power it from a 3x AA battery holder that’s clipped to the power terminals with alligator clips.  It doesn’t tune the low E string properly for some reason.  The input’s inflexible, and it’s hard to reprogram.

The hardware has been updated in the following ways:

Next step: reviewing and tweaking the PCB design and ordering a few boards.  They should be here in a month or so.